On Tuesday, February 1, 2021, two traditional paintings by Alex Branwyn for the double-sided card The Dragon-Kami is reborn and Dragon-Kami Egg sold for a total of $40,000.

The Dragon Kami-Reborn saga has achieved a final prize of $25,000 and the Kami Dragon Egg went for $15,000. These are the first traditional paints for Magic to be sold for the artist. 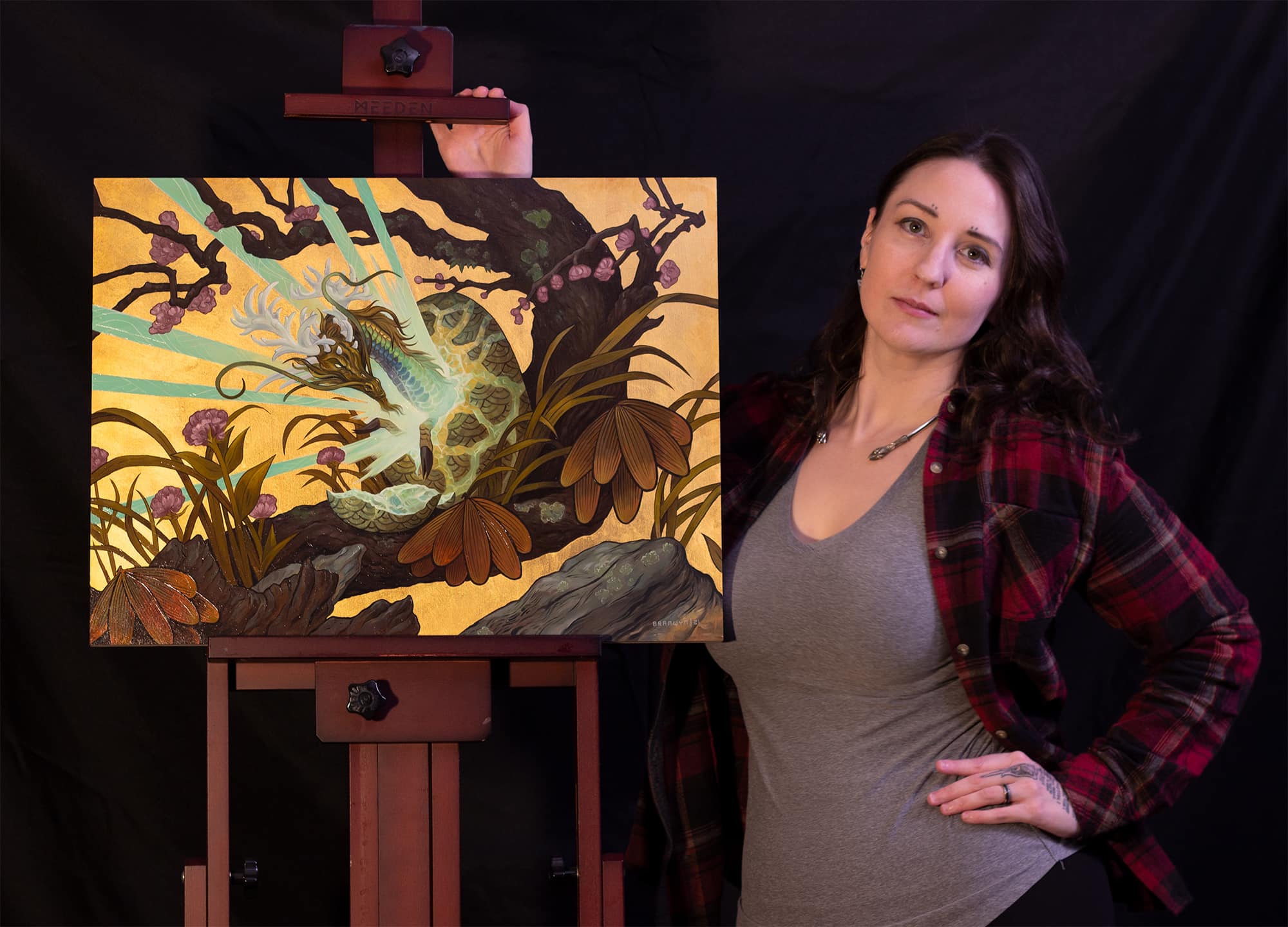 The Dragon-Kami Reborn and Dragon-Kami Egg by Alix Branwyn are both oil and 24-karat gold leaf works on cradle board, 18 inches by 36 inches for the vertical Saga card and 18 inches by 24 inches for the creature card. The pair make up one of the new double-faced Enchantment-Saga/Enchantment Creature cards that debut in Kamigawa: Neon Dynasty for the first time. Note that the shoji screen frame on the Saga side of the map has been added digitally. 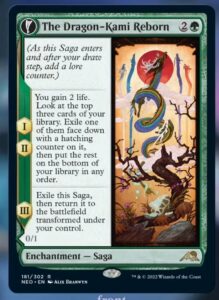 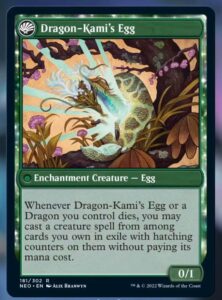 The auction took place at the MTG Art Market with Mark Aronowitz acting as the artist’s agent. Both auctions began shortly after the conclusion of the Light It Up With Kamigawa: Neon Dynasty Twitch Stream who kicked off the set, with the saga starting at $2,000 and the creature starting at $1,000. It would only be a drop in the proverbial bucket, as the bidding started in earnest immediately.

Considerable public and private bidding was constant throughout the auction, including action at the end on both coins. Both works were sold to private bidders, but it is currently unknown whether or not the two pieces were sold to the same collector.

These two paintings are Branwyn’s first published traditional endgames for Magic, and his 11th and 12th. cards for the game globally. She’s become one of the most exciting new artists to watch in Magic, and I think we can expect a career of brilliant original work in the future. Congratulations on these first milestone sales Alix; we will wait for the sequel.