Now he’s finishing a triple of exhibitions since his retirement in 2012, at the bustling craft cafe of Partisan, Florencia Clifford and Hugo Hildyard on the same side of the cobblestone street.

By filling the café’s upstairs walls with the color God’s Own Country, Peter is exhibiting From Kilburn To Hawnby, his series of oil paintings of North Yorkshire landscapes, through November 30.

“This is the third exhibition I have had in recent years, after Ken Spelman’s Bookshop in 2014 and Scampston Hall, near Malton, in 2015,” he says. “As with the first two, the paintings explore the landscape, in this case North Yorkshire.

“The first one featured Eskdale in Scarborough; the second one, for Scampston Hall, focused on the Wolds, and what you notice is Yorkshire is such a big county with these completely different landscapes.

“The images are figurative and are painted in a modest spirit of connection with the place, but as with any painting, color, tone and composition have increasingly become the real subject of the images.”

Hay Bales and Field, near Felixkirk, Fall 2020, by Peter Miller

Miller’s story behind his latest show begins in the Wolds. “I was approached by Florencia and Hugo to do an exhibition because they had gone to a mutual friend’s house, Una McCluskey’s house, beyond Kilnwick Percy, with its fantastic view over the York Valley” , he recalls.

“A few years ago, I took a picture of this view for Una for her kitchen, and when Florencia and Hugo saw it, they said, ‘God, who did that?’ I had known them ever since. a long time, and in fact, they approached me before the pandemic, saying that they would like to organize an exhibition of my work, but of course that was postponed then. ”

Peter is an enthusiastic walker, blessed with a painter’s appreciation of the landscape. “I had done a lot of walks between Hawnby and Kilburn before the first lockdown, out and about, and then between locks I was able to jog my memory of some of the landscape scenes,” he says. 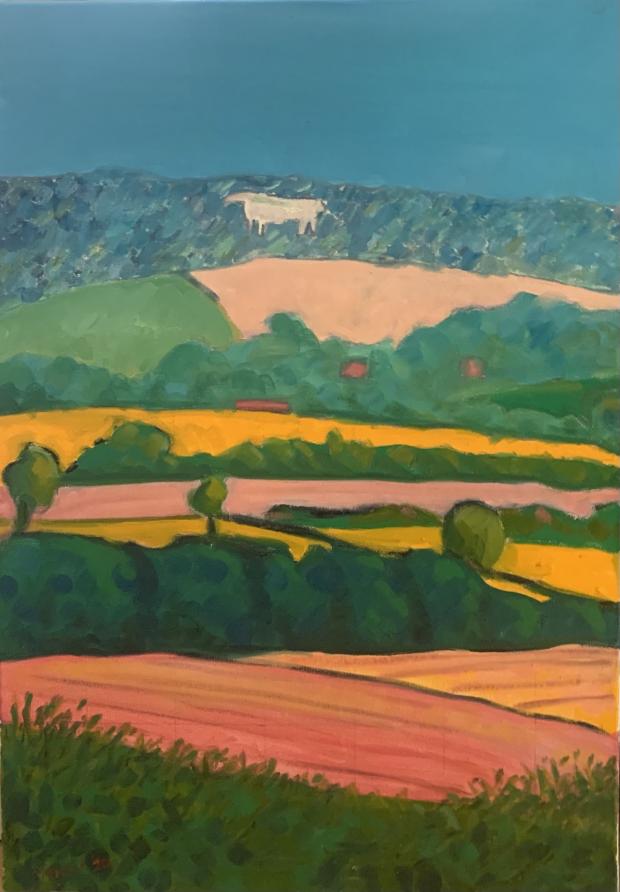 The White Field Horse near Kilburn, Summer 2020, by Peter Miller

“I then made the paintings in my studio from studies and photographs: Kilburn to Hawnby is a neighborhood that I know well because I go up to Shandy Hall in Coxwold, where I am involved with the Laurence Sterne Trust, and i enjoyed doing the studies in different seasons, such as white horse studies in spring, summer and fall.

“Together, the images form a tangible evocation of time spent in the wonderfully varied Yorkshire landscape.”

Born in 1947, Peter grew up in Chiswick. “But when I was little I lived with my grandparents for three years in Blackpool; my grandfather was a commercial artist there but loved the countryside and I used to take sketching trips with him. “he said.

“I learned the basics of painting from this lovely old man, and that was my starting point. In fact, I thought about going to fine arts school, but felt that would limit too my options, so instead I studied history as a degree. ” 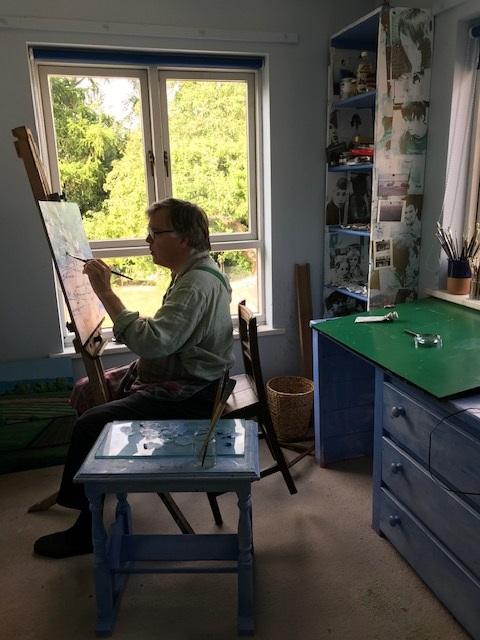 Peter Miller at work in his studio

Peter first arrived in York in 1965, first as an undergraduate student at the New York University, but like many since, he ended up staying, running Spelman’s, hosting exhibitions there too, until the canvas and the fabric call.

A long-standing artistic association was useful for the last exhibition. “A lot of frames were given to me by my artist friend John Langton, who is now in his late 80s and no longer paints,” reveals Peter. “I used it and then I painted the paintings to fit the frames! It is ultimately the cheapest exhibition I have ever done! ”

Peter Miller: From Kilburn To Hawnby, Landscape Paintings of North Yorkshire, exhibited at Partisan, Micklegate, York, until November 30. Opening hours: Monday to Friday, 9 am to 3 pm; Saturday and Sunday from 9 a.m. to 4 p.m.