No matter the weather, the artist based in Azerbaijan Fidan Zaman travels to the shores of the Caspian Sea to paint the sea water and the sky. From dark, murky waters and gray clouds to turquoise waves and sunny horizons, Zaman captures the beauty of the beach in all four seasons. Each seascape lives inside her sketchbook, but it becomes part of the landscape when she holds it close to the shore to photograph it.

The ever-changing landscape of the Caspian Sea is rendered in strips of acrylic paint on double spreads. Foamy waves are depicted with textured speckles of white pigment, while sunset scenes are beautifully depicted in soft gradients. The results are finished works that look like a snapshot of the landscape rather than a handcrafted painting.

Located between Europe and Asia, the Caspian Sea is the world’s largest landlocked body of water with a total area of ​​371,000 square kilometers (143,243 square miles). Due to its enormous size, the countries around it – Azerbaijan, Iran, Kazakhstan, Russia, and Turkmenistan – disagree on whether to call the mass of water salt. a lake or a sea. But no matter how it’s classified, Zaman’s outdoors the artwork is a tribute to its tranquil waves.

Scroll down to check out some of Zaman’s seascapes and learn more about his portfolio at Instagram.

Artist Fidan Zaman goes to the shores of the Caspian Sea to paint tranquil scenes outside. 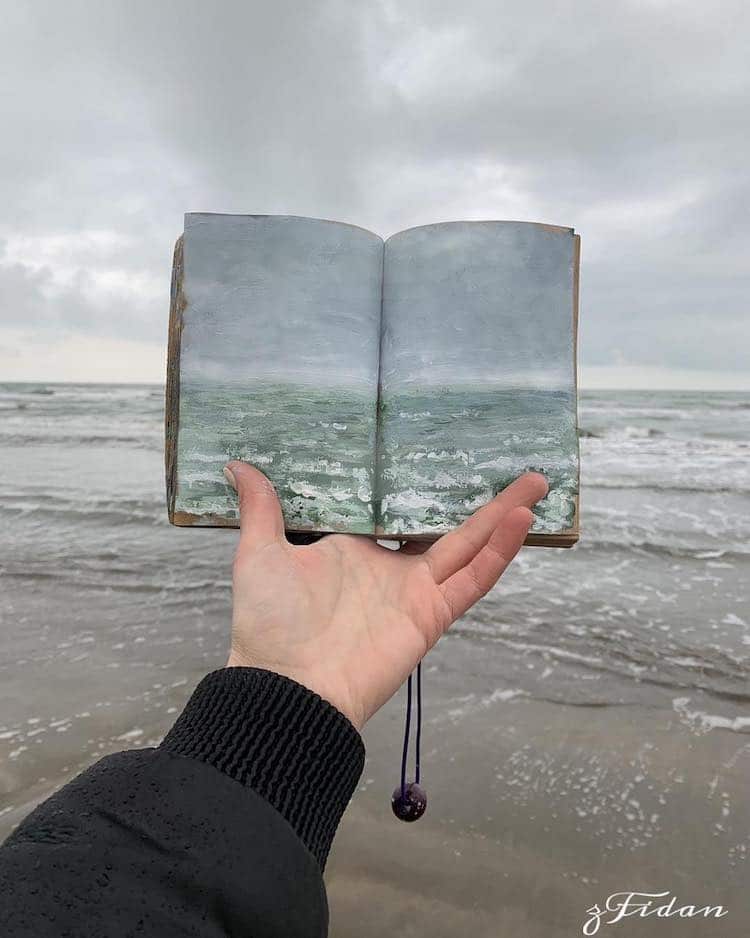 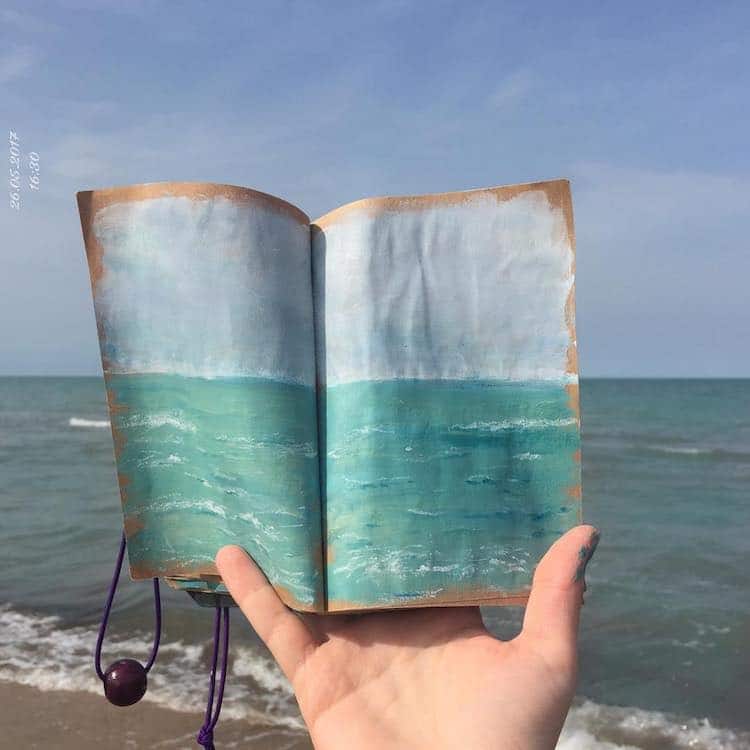 Each seascape becomes part of the real landscape when it lifts it to the horizon to photograph it. 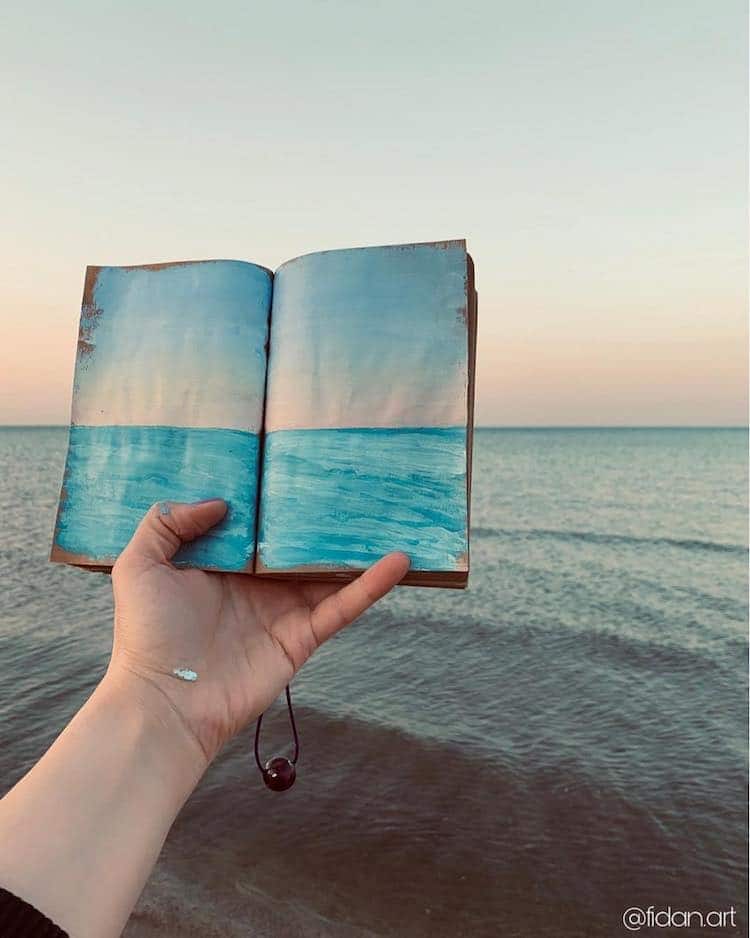 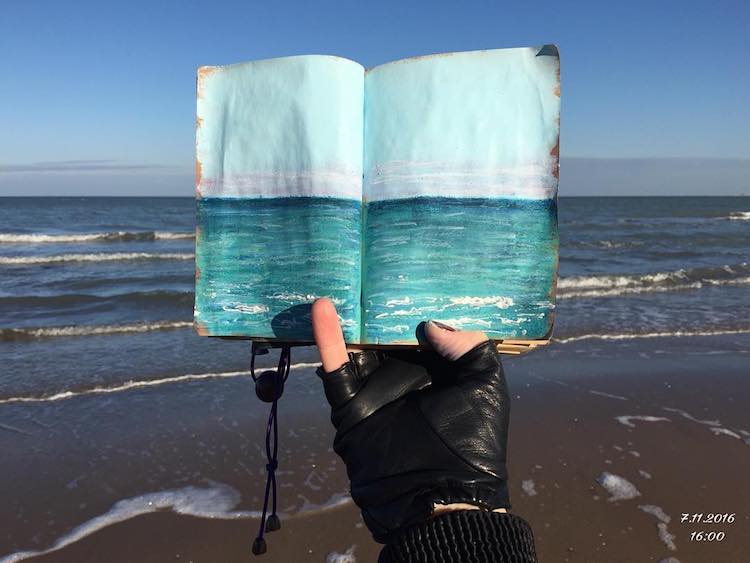 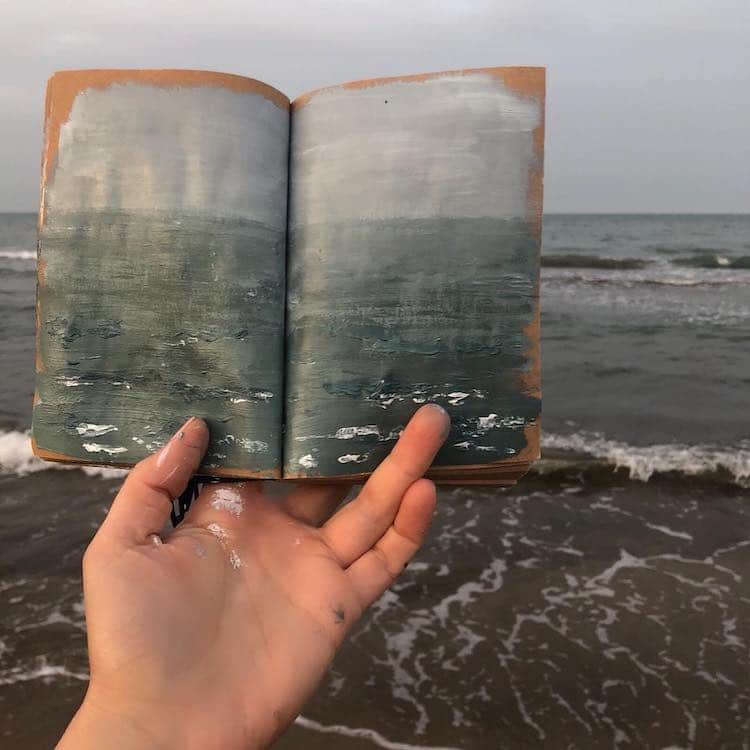 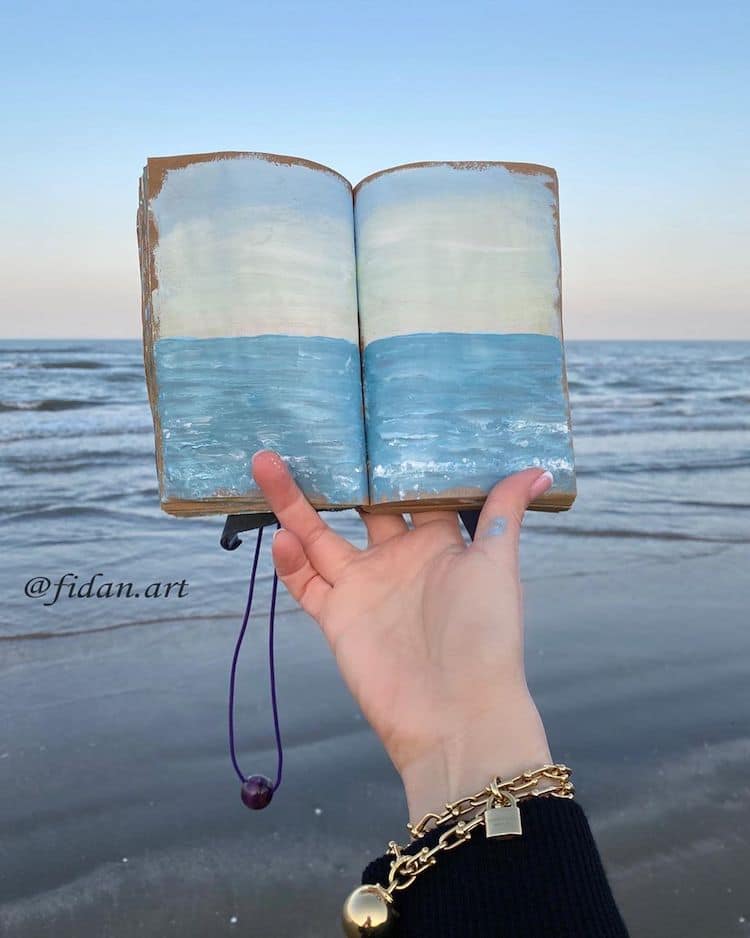 My Modern Met has granted permission to present photos of Fidan Zaman.

6 artists who use their art to promote ocean conservation