Paint restorer Sara Boesen uses saliva on a handmade cotton swab as she restores a painting Friday in her Des Moines studio. Boesen was hired to restore damaged portraits of two former presidents of the University of Iowa. (Zachary Boyden-Holmes/Des Moines Registry)

Boesen was tasked with examining damage to seven of the 20 paintings in IU’s presidential portrait gallery.

The university is slowly restoring historic paintings, which date back to UI’s first president, Amos Dean, who served from 1855 to 1859. The paintings are on display on the fifth floor of UI’s main library.

“With these review reports, I was able to highlight any issues I saw in the parts and what I would do to fix them, along with an estimate for treatment,” she said. .

John Culshaw, the university’s librarian since 2013, said the presidential collection was incomplete before the gallery opened in 2019.

“There were neither of our two chairwomen, which I had a problem with,” who have since been added, he said. “And it just seemed like there wasn’t a lot of attention at the gallery.”

John Culshaw, academic librarian at the University of Iowa since 2013 (pictured UI)

The portraits were originally enclosed in plastic boxes, which were unsuitable for protecting the art. They are now in frames under conservation glass, Culshaw said.

The restoration work cost about $11,000, paid for with donations, Culshaw said. 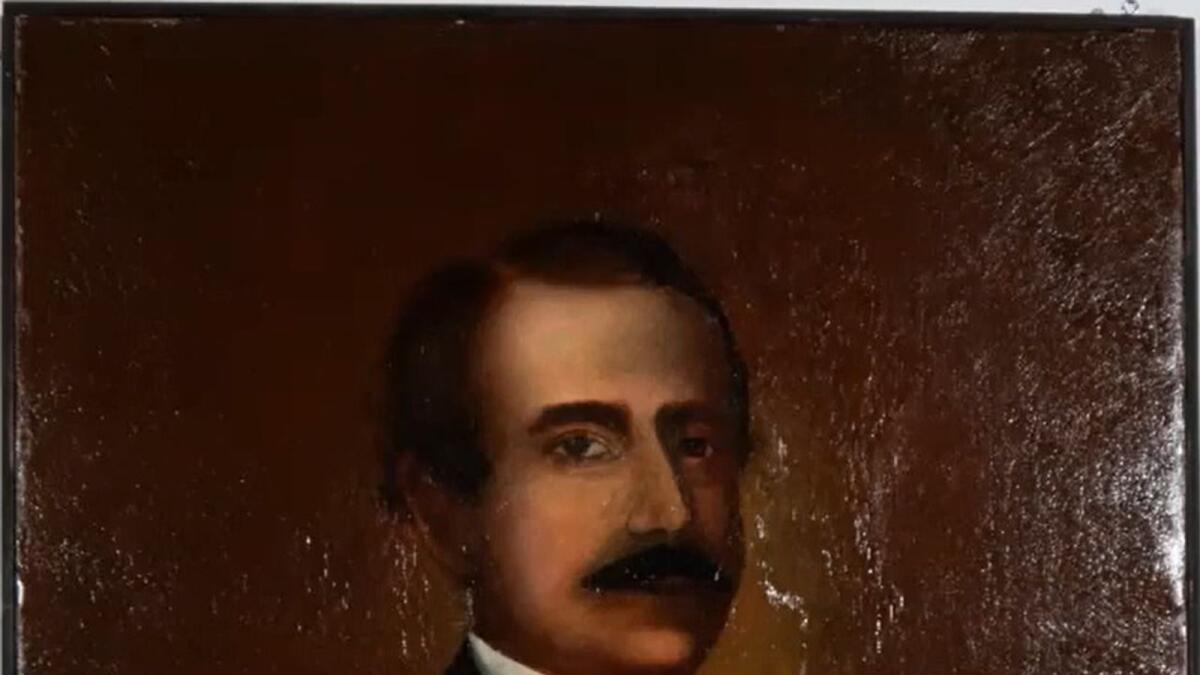 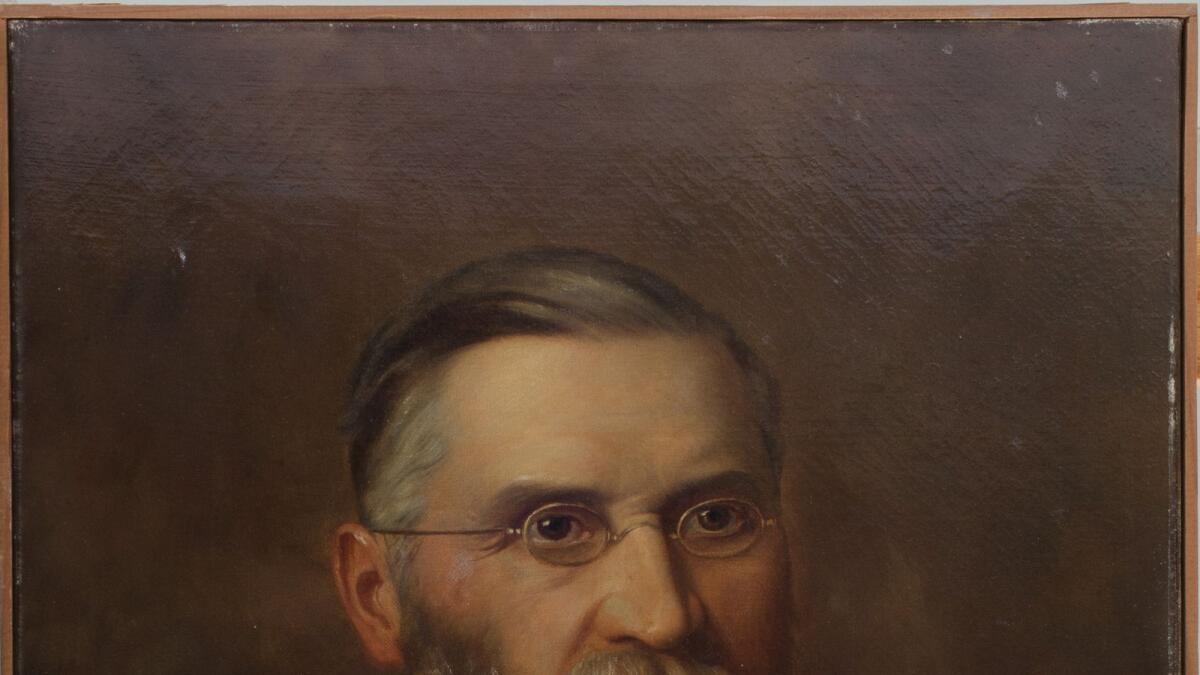 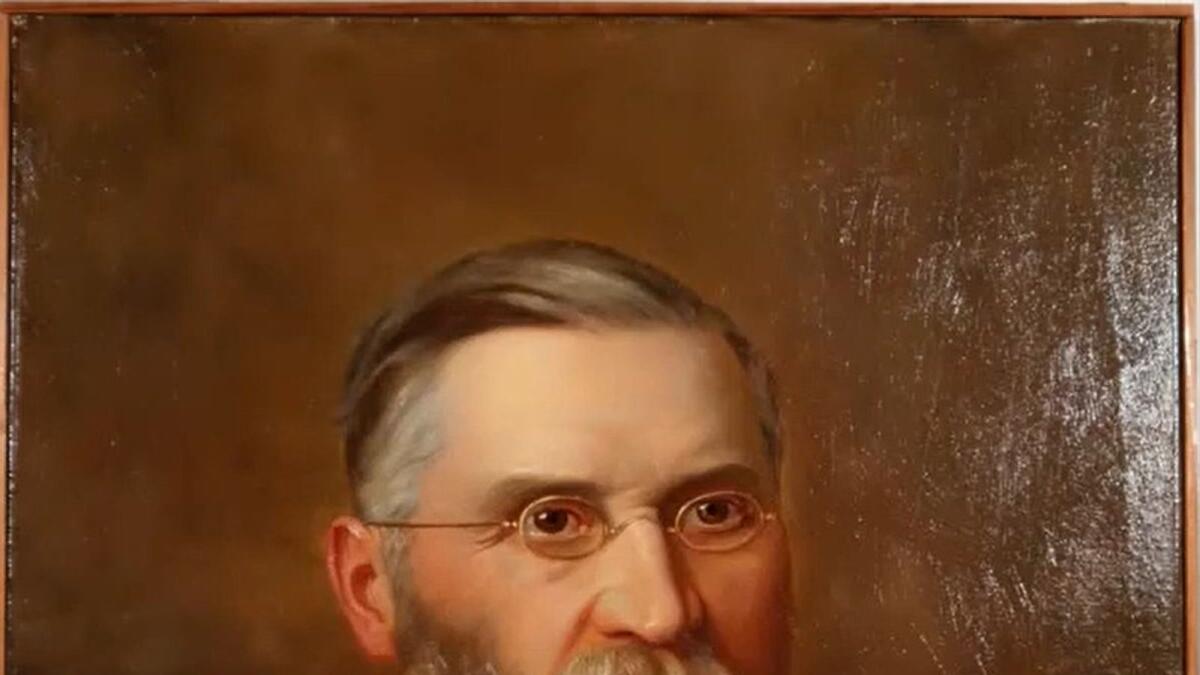 Boesen said Pickard’s portrait took 10 hours to restore. Grime and varnish had to be removed and touched up, along with “paint” where the original paint was missing.

“The grime and varnish really dulled the paint, and now it really pops again,” Boesen said.

For Spencer’s painting, Boesen said she used historical photos of him to address damage to the portrait. She removed two coats of old polish and rebuilt her face, spending 30 hours on the restoration.

“I was able to see how he wore his hair and the shape of his nose and eyes and everything and use that to inform the reconstruction of his face, as well as the suggestions left by the original painting,” he said. she declared.

She speculated that Spencer’s portrayal had already been done in the 1970s.

“I applied new varnish and filled in any paint losses with commercial filler and texture to mimic the brushstroke,” she said. “You don’t get as much body as you would with oil paint.”

Culshaw said UI Libraries is working with the President’s Office to begin painting portraits during a president’s term, rather than after he leaves.

The portrait of Bruce Harreld, president from 2015 to 2021, is still being worked on, he said. A portrait of current President Barbara Wilson is being discussed, he added.

The library has also signed a memorandum of understanding with the new Stanley Museum of Art to have the presidential portraits become part of the university archives – a unit of the libraries.

“We collaboratively decided at that time that the library was a good place to do it,” he said. “There are other institutions where portraits of presidents reside in the library.”

Paint restorer Sara Boesen wets a handmade cotton swab with saliva as she restores a painting Friday in her Des Moines studio. She spent 40 hours restoring portraits of two University of Iowa presidents who led the university in the late 1800s. (Zachary Boyden-Holmes/Des Moines Register)

Paint conservator Sara Boesen focuses on a painting Friday that she is restoring in her studio in Des Moines. She recently restored two damaged portraits of University of Iowa presidents. (Zachary Boyden-Holmes/Des Moines Register) Friday, July 8, 2022.