Hundreds of paintings depicting China’s rapid development over the past decade are on display at the Fengxian District Museum as one of the main local attractions during the weeklong National Day holiday, which begins on Saturday.

The exhibition, which features 200 paintings created by independent Chinese artists, is free to the public until Nov. 29. An online showroom has also been launched to offer a virtual tour.

The paintings are categorized into four sections: the landscape of China, the urban-rural landscape, the life of Chinese people, and portraits from all walks of life. They showcase the patriotism of independent artists and their intention to record social development in their artistic creations, according to organizers.

Freelance artists include freelance painters, cartoonists, and television and film producers. They are part, with other freelancers and members of the new economy and social organizations, of the “new social class” of the country.

A virtual tour of the exhibition is available.

More than 1,800 works by domestic independent artists have been collected after the organizer began soliciting exhibits for the event, of which only 200 were selected and are on display at the museum.

Gan is famous for the cartoon dog Daodao, considered a healing cartoon character for people going through difficult times, while his partner Zhu established the Tiger Cafe in Shanghai several years ago.

The serial paintings depict the slice of life of a typical Shanghainese family and show the city’s great changes over the past seven decades.

Visitors can also view other exhibits at the museum during the holidays.

The museum, designed by Japanese architect Sou Fujimoto, covers 20,000 square meters next to Jinhai Lake. It features permanent exhibits on the town planning and history of Fengxian, which gained its name during the Spring and Autumn period (770-476 BC) when the area’s first inhabitants offered their help to an apprentice of Confucius.

Another exhibition traces the history of its dyke, a listed historic site that the city built in 1713 by order of the Emperor. The flood barrier has contributed to the social and economic development of the city and part of it has been well preserved. 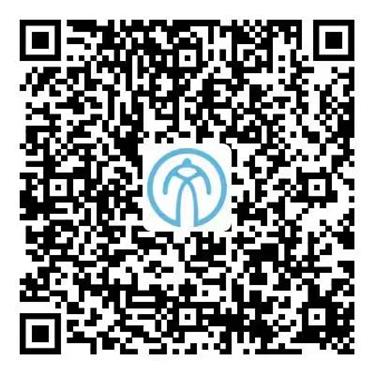 Scan the QR code to enter the online exhibition hall.